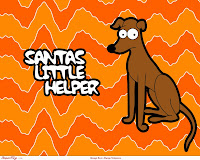 As an increasing number of people get into craft beer, it becomes more important for a newcomer to have the tools needed to enjoy the hobby. Yes, drinking good beer can be a hobby, and what a hobby it is! For just a few dollars you can enjoy world class beer. In no other hobby is the cost of having the "best" so low. As a newcomer to the hobby, you might be looking for some things to increase you skill, knowledge, and overall enjoyment of your new found love. The gift ideas below are perfect for someone who is just coming into the craft beer drinking world.

1. A good set of beer glasses is essential to fully enjoying a beer. Did you know that not all glasses are created equal? Depending on the shape, size, and material of your glass you might get a different flavor, smell, and taste from a beer. I honestly didn't believe it myself until I had a set of proper beer drinking glasses for myself. The differences are so pronounced that Sam Adams even has contracted to make their own special beer glasses to fully capture what the brewer intended. A Spiegelau Beer Glasses Classics Beer Connoisseur Gift Set is the perfect gift for a newcomer to the beer world. There are four different glasses included to capture the majority of different beer styles out there. http://www.amazon.com/Spiegelau-Beer-Classics-Connoisseur-Gift/dp/B003QRDPBA/ref=sr_1_2?ie=UTF8&qid=1322704718&sr=8-2

2. As a newcomer to the craft beer world you might be looking to share what you have learned. Encouraging your friends to test the waters of craft beer is a great way to get others interested in craft beer. Remember the more people interested in craft beer that you know, the more craft beer you get to try. As a way of introducing people to craft beer I have found sampler glasses useful. This way a single bottle of beer can be split up into 3-4 different glasses without looking like you skimped on the goods. If you are the hosting type you might want to try these: http://www.amazon.com/Mikasa-Brewmasters-Beer-Tasting-Flight/dp/B000UHA42C/ref=sr_1_1?ie=UTF8&qid=1322705009&sr=8-1 If you are more low key, you might want to check these out: http://www.amazon.com/KegWorks-Beer-Tasting-Shot-Glass/dp/B003V0K1GO/ref=sr_1_1?ie=UTF8&qid=1322704998&sr=8-1

3. As a final gift for a newcomer to craft beer I would recommend a book by Michael Jackson. Michael Jackson is the father of craft beer writing in the US. He really brought a lot of the most popular craft brews to light and his writing paved the way for all of the craft beer blogs, news, and associated website. His writing s are honest, thoughtful, and through. I would highly recommend his work to anyone who wants to know more about beer, newcomer or practiced consumer. My personal favorite of his beers can be found here: http://www.amazon.com/Ultimate-Beer-Michael-Jackson/dp/0789435276/ref=sr_1_3?ie=UTF8&qid=1322705241&sr=8-3
Posted by Joy at 9:14 AM

Welcome to A Pinch of Joy! My main goal is to share with you a few of the things that bring joy to my life; food, drinks and travel. I take a laid-back approach to cooking, measuring in glugs and spoonfuls and changing recipes on the fly. I brew my own beer and fell in love with Whiskey in Ireland but have also been known to drink my share of umbrella drinks and to kick back a few glasses of champagne. I love to travel and have a long list of places I still need to experience. I hope you enjoy my honest approach and will try a few of these things on your own.

Have a blog I should follow or mention here? Send me an email and let me know!

"I always cook with wine. Sometimes I even add it to the food." W.C. Fields

“The world is a book and those who do not travel read only one page.” St. Augustine

“Twenty years from now you will be more disappointed by the things you didn’t do than by the ones you did do. So throw off the bowlines, sail away from the safe harbor. Catch the trade winds in your sails. Explore. Dream. Discover.” Mark Twain

"Beer is proof that God loves us and wants us to be happy. " Benjamin Franklin

“Travel is fatal to prejudice, bigotry, and narrow-mindedness.” Mark Twain